After being very vocal about protecting the green belt and how overdevelopment played some part in recent flooding, Councillor Wood who has been a Councillor representing the rural Sprotbrough Ward for the last twelve years has defected from the Conservatives and joined the Green Party.

Councillor Wood said, “I'm proud to be a new member of the Green Party. For some time, it has been clear to me that the interests of rural communities like Sprotbrough, and others like it, have not been well served by Doncaster Council. 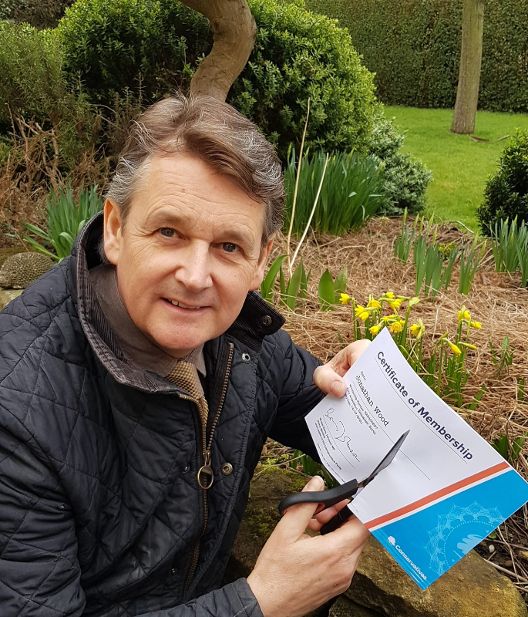 “It’s become increasingly apparent that the Conservatives are failing to respond with the kind of action we desperately need on environmental issues. Even a climate emergency seems to make little or no change to their direction.

“I've always been especially vocal about protecting the Green Belt, highlighting the dangers from over development around flood zones, proper environmental protection, and common sense tree policies that don't just chop them down because they're in the way.

“Whilst I wish all my former colleagues in the Conservative Party well, I am simply unable to stand with them as they stand-by doing nothing to leave politics, or more importantly the environment in a better place than they found it”

“I’m really pleased Jonathan has chosen to join the Green Party. We have worked well with him over a number of years, particularly on planning issues when the quality of our local environment has been under threat. We are very happy to welcome him to the Green Party.”

While Doncaster Green Party have campaigned hard, putting the necessary pressure on the council to declare a climate and bio-diversity emergency - protesting strongly and getting them to review their street tree policies, Councillor Wood has been in council speaking out on many of the same or similar issues.
With important work still to do, like our ongoing battle to bring a free circular bus service to serve the town centre (Wakefield residents have one – why not Doncaster?) and improve air quality and safer streets around our schools we know we, and he, are going to be kept busy.

Councillor Wood is now a part of the Sprotbrough Green Team and has been selected as one of the two Green Party candidates for the Sprotbrough Ward in the upcoming local elections in May along with local Parish Councillor Fiona Cahill.

Reported in the local press HERE

Back to main page