Some Doncaster Green Party members sat on Ed Miliband’s Climate and Biodiversity Commission (CBC) panel and although, as you shall see, we were not altogether enthralled by the way the panel was conducted, we also welcome the publication of the first CBC Report. 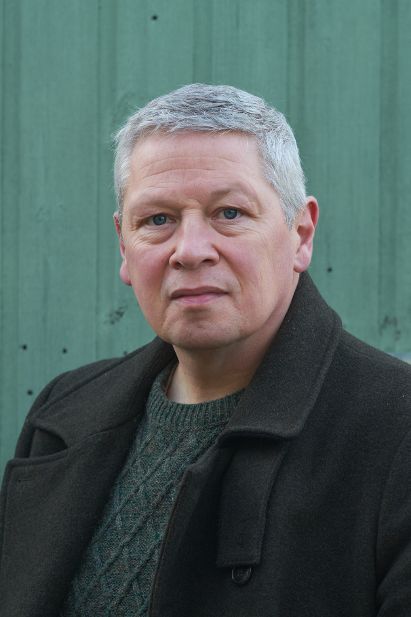 There is a lot to admire here and anyone concerned about climate change and biodiversity loss should visit the website to find out what they can do to help. But if DMBC are serious about declaring an emergency, they need to act like there is an emergency. We don’t want to portray DMBC as the villain here, it is a huge organisation which will take some time to make the vital adjustments we need to create a greener, healthier, fairer, more sustainable and more resilient world. But this does not mean that we will not hold them to account and remind them of their duties in light of the Climate and Biodiversity Emergency.

Plans to plant 80,000 trees are wonderful, but the recent Middlefield Road street tree fiasco, which saw 62 out of 64 healthy trees destroyed before residents and activists (including many Green Party members) managed to persuade the council to look again at its policies.
This means that we’re actually starting at a deficit. We now need to plant 80,062.

In the report, the DMBC themselves highlight the fact that we need to change behaviour and ‘make better decisions and choices’. But we can’t help feeling that, in the light of the current emergency, the DMBC have not entirely embraced the spirit of change. In fact, in many ways it still feels like business as usual.

In its ‘What you can do’ section, the report highlights the important changes we can make as individuals. There’s lots of good advice to be found here, but the science says that the two most important things we can do as individuals with regard to the climate and extinction emergency are eat less meat and fly less. Unfortunately, flying hardly gets a mention in the report at all, even though Doncaster has its own airport. Could this be because Peel, the company behind Doncaster Sheffield Airport (DSA), were allowed to present at two of the CBC’s main meetings?

Of course the airport should be allowed to be involved in the development of our response to the Climate and Biodiversity Emergency. They are, after all, a major contributor of greenhouse gas emissions. But their input to the CBC was largely greenwash. LED lights in the terminals, recycled bog roll in the toilets and daydreaming about electric planes is not going to keep us below 1.5 degrees of warming. Don’t be fooled into thinking that Peel are all about cheap holidays. The PR line hides the reality that they’re gearing up for 24/7 air freight. More night flights, more HGVs, more mega-warehouses and more disruption to Doncaster’s greatest ecological asset, Thorne Hatfield Moors. Peel own much of the land around the moors and could help turn Doncaster into an internationally significant centre for green tourism, but they showed little appetite for change during the CBC meetings. Sad to say, but Peel will always put profit before people and planet. Peel are all about business as usual.

Unfortunately, the attitudes of some people in DMBC are very much business as usual too. We have to put the pre-emergency, carbon-based economic dreams of warehousing and transport aside and dare to dream bigger… and greener. We’ve wasted too many years trying (and failing) to emulate other towns and cities. Why does the council always look elsewhere for inspiration when our borough is perfectly placed for green innovation and a post-carbon economy. Being 270 square miles of towns and villages set largely in agricultural land, Doncaster is an ideal region to pilot new industries and new ways of doing things. Few other boroughs in the UK have as much potential for both green innovation and self-sufficiency. We should be working to attract the industries of the future, not saddling ourselves with an economic model which we are going to have to abandon if we want life as we know it to continue.

With the success of the Middlefield Road tree protests Doncaster Green Party have proven that they will not let DMBC backslide now that they have declared a Climate and Biodiversity Emergency. We will work tirelessly to highlight and fight the issues which threaten human and environmental health locally (glyphosate, incinerators, industrial pig farms, airport expansion, road building, the overdevelopment of fast-food outlets, to name but a few), and we will be ready for any issues we might have to face in the future. But we will also work tirelessly with anyone who wants to build real and lasting solutions to the problems we face, including, we hope, DMBC. For the health of people and planet we promise one thing, no more business as usual.

Warren Draper is a writer, artist and urban farmer based in Bentley, a former mining town just to the north of Doncaster. He was an active road protestor during the 1990s, an experience which deepened his ecological literacy and led him to develop a number of community-based, grassroots, DIY, self-help initiatives designed not only to directly help people, but to empower them to help themselves.
He co-founded Doncopolitan, an arts and culture magazine for Doncaster, which he created with long-term collaborator Rachel Horne, to prove that there is no such thing as a 'cultural desert', and he currently runs Bentley Urban Farm, an upcycled market garden which uses waste materials to teach people how to grow their own food and provide fresh, healthy produce to vulnerable people.

Back to main page